If asked, Toot [Obama's maternal grandmother, Madelyne Payne Dunham] would turn her head in profile to show off her beaked nose, which, along with a pair of jet-black eyes, was offered as proof of Cherokee blood.

But no worries, even Harvard would agree.

Your next book, Barack. Or maybe you could parlay the Indonesian era into a claim of Pacific Islander, ya think?

You could trade in your mom jeans (give 'em to Hillary) for a pair of moccasins or flip-flops, hmm, mmm, mmm.


Back to Charisse Carney-Nunes. Via ModernConservative, Carney-Nunes is senior vice president of The Jamestown Project, “the award-winning author of the children’s books, I Am Barack Obama (2009),” and according to her biography, “a graduate of Harvard Law School, where she was a schoolmate of President Obama.”

All you need is a little rewrite, hmm, Harvard? And a fitting biopic to match.

Why not ask Bill Ayers?

But you might tread sofly, softly by the shores of Gitche Gumee, because your next persona, uh book might be met with mockery. 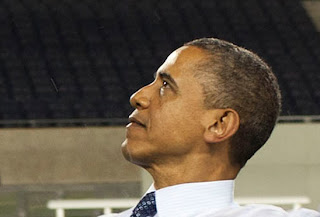 Great post, Anne, like all the rest. We had Michael Patrick Leahy, the guy who exposed Elizabeth Warren's fraud and has written all that terrific stuff on Breitbart, on the show on May 13. One of may smart listeners made the Bow Wow Chow joke. Great minds think alike!

Keep up the great work!