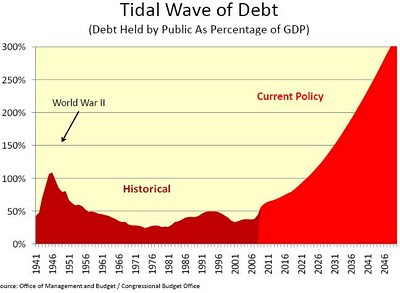 The U.S. Government is the largest employer in the six-county Chicago area, as it is for the nation as a whole. The rest of the top five are also government agencies: Chicago Public Schools, City of Chicago, the State of Illinois and Cook County.

This is unsustainable. Illinois is bankrupt. The public union machine is bleeding us dry. The Dems who run this state are criminally reckless. And now we are layering this killer health care bill on top of that. Kass has it right:

"Your Uncle Feds is so cool," the neighbors said. "He's the most popular guy in town. He gives us all this stuff for free."

Charlie grunted that it wasn't exactly free, but the neighbors didn't like the sound of that. They grumbled that Charlie was selfish and rude.

"Where did you get the money to pay for all of this, Uncle Feds?" asked Charlie. "We can't afford it anymore. We've got to start cutting back."

The neighbors were horrified at this line of questioning.

"Uncle Feds can't afford a cut!" they cried. "What's wrong with you, Charlie? Cut Uncle Feds? Are you stupid or what? He can't afford it!"

Later, Uncle Feds caught up with Charlie and Cindy (her feet in a pan of water) at the kitchen table with the bills.

"You asked me where I got the money?" said Uncle Feds with a wide grin. "I used your credit cards. You weren't using them. So I used them."

"This will make us one of the highest-taxed regions in the world, and that's going to have an impact on the appetite for people to invest in medical innovation," said Bill Hawkins, chief executive of Medtronic Inc., which makes medical devices. He said his company could cut at least 1,000 jobs to absorb a new 2.9% excise tax on medical-device makers.

As the debate grinds toward yet another phony deadline, I would lke to nominate the silliest argument from an ostensibly serious source for ObamaCare.

My candidate is David Leonhardt from the 22 December business section of the New York Times. He argues “If Health Reform Fails, America’s Innovation Gap Will Grow.

Leonhardt bases this on the experience of an iPhone app company ….”in almost every interview,… the applicant ask about Pinger’s health care insurance plan.” A dozen years ago the recruits probably asked if they could bring their dog to work but I don’t recall the business columns of the Times bemoaning a pet shortage. These are serious times and one would expect more serious questions. But in fact, there is no problem with health insurance in Silicon Valley. Leonhardt writes “Silcon Valley with its network of venture capital backers figures out a way to get most of its workers some kind of health insurance.”

So what is Leonhardt talking about? His point is that people with jobs feel tied to those jobs because of health care insurance. That might be an argument for ending an employer based health care system or ending the tax favored status of those systems but they are of course entrenched in Obamacare. This might be an argument that a would be innovator who has a job is 55 with a pre-existing condition might stick with her job rather than strike out on her own. But at that age, innovators (Steve Jobs) probably are better for innovation leading large organizations. The would be innovators that are most affected by Obamacare are those risk seeking twenty somethings. These would be innovators will find they have less money to support their innovation because they have to buy Obamacare and will find less financing because Obamacare appears to be partially funded by taxes on investment income. If their innovation is in healthcare they may find no market because Obamacare will have medical necessity review boards. In the event, it will get worse as Obamacare will have to resort to price controls

There is of course innovation everywhere to at least some degree. But is the primary competition in innovation Germany (Obamacare) or China (no Obamacare)?

And as I listened to Nancy Pelosi last night it seemed to me everything she said turned the truth on its head.

This is wrong. And we are going to fight like hell to take our country back.

More. FoxNews showing AARP sponsoring job fairs for those 55 and older. AARP--why did you support this job-killing bill that will starve Medicare and push it into bankruptcy even sooner?

Healthcare Bill Will Stir The Next Greatest Generation. Via Riehl. 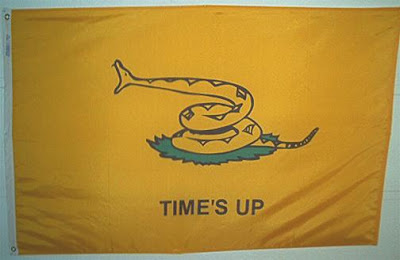 More. The Doctors of the House. Public Pension Deficits Are Worse Than You Think: How can fund managers assume an 8% rate of return?