Of Patriots and Kings 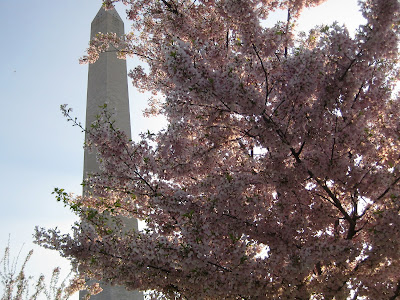 Will we be crushed under the boot of Barack's Obamacare?

As cherry blossoms bloom around the Washington Monument, let's reflect on the beauty of our Constitution, and the wisdom of our Founders:


From his republican values Washington derived his abhorrence of kingship, even for himself. The writer Garry Wills called him “a virtuoso of resignations.” He gave up power not once but twice – at the end of the revolutionary war, when he resigned his military commission and returned to Mount Vernon, and again at the end of his second term as president, when he refused entreaties to seek a third term. In doing so, he set a standard for American presidents that lasted until the presidency of Franklin D. Roosevelt, whose taste for power was stronger than the 150 years of precedent set by Washington.

Give the last word to Washington’s great adversary, King George III. The king asked his American painter, Benjamin West, what Washington would do after winning independence. West replied, “They say he will return to his farm.”

“If he does that,” the incredulous monarch said, “he will be the greatest man in the world.”

Greatest man in the world. Yes indeed, and I wish Providence would send us another like him.

Yes. We are so blessed he was our first president