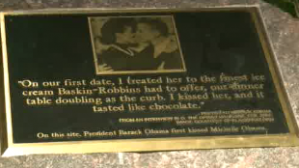 A big rock marks the spot. But who kept the business from going under, hmm, mmm, mmm? Who saved and created jobs? Daily Caller:

Bain Capital, the investment firm that Mitt Romney made famous, made a leveraged buyout that saved the site of Barack and Michelle Obamas’ first kiss.
In 2005, Bain and two other private equity firms purchased Dunkin’ Brands Incorporated for $2.425 billion, according to a 2006 company press release. [site]

As of June 30, 2012, Dunkin’ Brands had $3.174 billion in total assets. To help orchestrate the company’s turnaround, Bain and other private equity firms hired a new executive chef and new head of technology, and added health-conscious items to its subsidiary’s menus.

And none of it at taxpayer expense. What a concept.

Any more questions? Is the White House really attacking the Ryan plan for not balancing the budget fast enough? 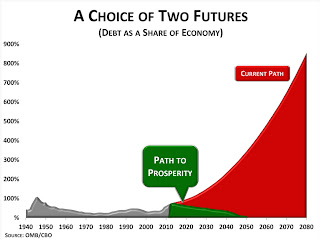 As for America's romance, how about this one:)