Who is Alderman Burke? 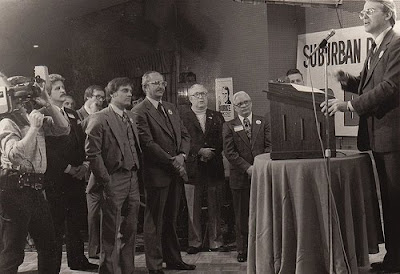 Asked if he's concerned voters will regard the proposal as a paper tiger, Ald. Edward Burke, 14th, said his constituents aren't focused on the issue.

"I wasn't aware there was any groundswell," Burke said after the vote. "I haven't heard from any of my voters about it, but I think it is what it is. Certain people will never be satisfied. I think this is a reasonable approach to an issue that needs to get 26 votes and this will get 26 votes."

And this. The Chicago Daily Observer:Incestuous Regulation via Illinois Politicians

Previous posts: Breitbart vs. Burke, Focusing in on Obama's Chicago Way, The Machine Politics of Chicago, the Corruption of Springfield, the Radicalism of Alinsky, The ObamAlinsky Regime, Clout on the River
Posted by Anne at 4/14/2010 05:31:00 PM