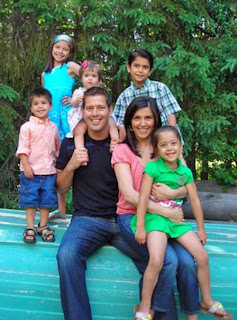 UPDATE: Initial Duffy reaction to Politico--"Is this a prank call?" So AWESOME***

You know, all along Duffy was getting unusual MSM attention (see previous posts) so even they found him an attractive candidate:)

P.S. HotAir reports Dem turnout is off a cliff--I imagine it's no coincidence this announcement comes after yesterday's primaries. We're talkin takin the House back, folks!:)

But we can't rest until November. Now how about some Illinois retirements. Jerry Costello. Phil Hare... Hey, hey, give em the old heave ho!

More. Reaction from the Wisconsin blog, The Mug Rack.

From Mary Katharine Ham, TWS: Who would have thought the first “Real World” cast member in Congress might be a Republican?

More. CNN: He's "bone-tired" and "facing the race of his life". Enjoy the northern resorts in retirement.

More. Even the NY Times is skeptical of his excuses:

“I’ve won 25 elections. Does anybody really think I don’t know how to win another one?” Mr. Obey said, eliciting, a wave of applause, the second of three during his 45-minute announcement. “Or, for that matter, has anybody ever seen me walk away from a fight in my life?”

Yet Mr. Obey had a campaign balance of $1.4 million and Democratic leaders in Wisconsin and Washington expected him to run again.

David Obey, emblematic of the tired liberal ideas which have bankrupted the country.

More. The TrogloPundit weighs in.