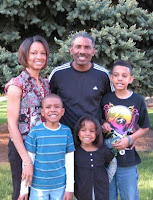 Chicago Machine Is Afraid of a… Mom!

So what is the Chicago Machine doing? They are using political tricks intentionally written into Illinois unconstitutional election code. These tricks, written in Springfield and honed in Chicago, have brought out President Barack Obama’s top Illinois election lawyer and the General Council of the Illinois Democratic Party, Michael Kasper to challenge Crenshaw’s candidacy.

The arguments that Kasper used were the same arguments that have been rejected by the Cook County Board of Elections. The local papers have editorialized on Crenshaw’s behalf. After five weeks of consideration, word is that sometime today- on Friday before the 4th of July, while everyone is on vacation- the Will County (Democrat dominated) Board of Elections is going to railroad Crenshaw’s candidacy.

We must all go forward together, or it all ends right here!

Immediately, Crenshaw’s legal team will appeal the insider election board’s decision to the circuit court of appeals. All legal experts agree that she’ll win that appeal. DONATE TO CAMPAIGN FOR LEGAL DEFENSE. In question is a new state law that conflicts with the old law in regards to candidate nominating process. Crenshaw handled her process in the same manner that similar Democrats handled their processes under the new law!

One mom vs. the machine. Donate to help Cedra challenge this ruling.

...Maybe Alice Palmer will join your cause, Cedra.