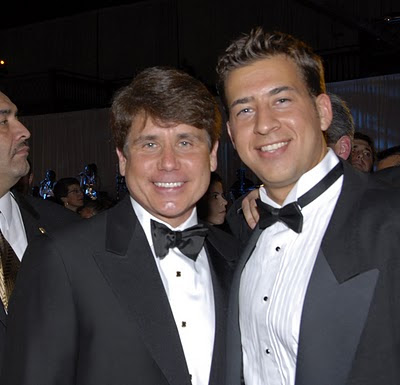 From the Illinois Republican Party:

In case Alexi comes out of hiding this week, here are a few questions to ask him

In June, you boasted fundraisers headlined by Vice President Biden, David Plouffe, Secretary Duncan and White House Deputy Chief of Staff Messina. So how much did your campaign raise during the second quarter and what is your cash-on-hand?

Last week, Governor Quinn slammed you for claiming a $30,000 tax refund after Broadway Bank collapsed. He suggested you should donate your tax refund to the State of Illinois. Will you be donating your federal and state tax refunds to the U.S. and Illinois treasuries, respectively, or will you opt for a tax-deductible contribution to write off on next year’s tax return?

In response to Mark Kirk’s new television ad noting your repeated calls to raise taxes, your campaign criticized the ad saying, “When he says Alexi wants to raise taxes, Congressman Kirk is lying.” According to Capitol Fax, your campaign “flat-out lied” citing your calls for state and federal income tax hikes. Why did you campaign lie about your past support for tax increases?

In response to Mark Kirk’s new television ad noting your past loans to convicted mobsters, your campaign criticized the ad saying, “all of these loans were legal.” Do you think that just because loaning money to the mob is legal, it’s the right thing to do?

On the Blagojevich Trial:

In response to Mark Kirk’s new television ad noting that you support increased spending, your campaign responded, “Every proposal outlined by Alexi includes a counter-part offset to ensure that it is deficit neutral. Alexi also supports pay-as-you-go federal budgeting rules.” If that’s the case, how would you vote on the current unemployment extension bill that spends $34 billion without an offset?

More.
From the Kirk campaign. (Hmm, didn't one of Alexi's buddies try to escape the law by fleeing to Canada?)

Illinois Senate candidate Alexi Giannoulias has confirmed he was in Canada this weekend to pick up campaign contributions from the trial lawyers. From Crain’s Chicago Business:

U.S. Senate nominee Alexi Giannoulias was in Canada over the weekend -- apparently in a bid for campaign funds.

Mr. Giannoulias is confirming that he stopped by a conference of trial lawyers in Vancouver on Sunday evening "on the way to a short West Coast fund-raising swing."

Apparently, Alexi Giannoulias doesn’t have the time to hold weekday press conferences in Chicago but he does have time for special interest fundraisers in Canada.

The trial lawyers like Alexi Giannoulias a lot. Take a look at a few of his top contributors: