Ratting out Jesse Jr. $6M in Blago Pay to Play 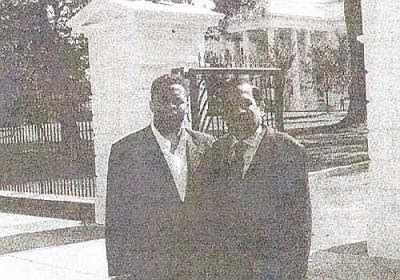 Rep. Jesse Jackson Jr. directed a major political fund-raiser to offer former Gov. Rod Blagojevich millions of dollars in campaign cash in return for an appointment to the U.S. Senate, sources said the fund-raiser has told federal authorities. The allegation by Oak Brook businessman Raghuveer Nayak counters public statements made as recently as last week by Jackson that he never authorized any deal to attempt to buy the Senate seat. Nayak also told authorities he paid for two airline trips for a "social acquaintance" of the Democratic congressman at Jackson's request.

In a radio interview about the mayor's race last week, Jackson challenged federal prosecutors to "bring it on" if they have evidence he was a conspirator in Blagojevich's corruption case.

Hot time in the old town tonight. At Jesse Jr.'s house. Will his wife Sandi the alderman run and dump Jesse Jr.?

The congressman's wife, Chicago Ald. Sandi Jackson, 7th, issued her own statement later in the day asking for privacy.

"Today's disclosure, one that my family and I have been privately addressing for several months, is a very private, painful and unfortunate situation. Therefore, I would hope that the public will respect our ongoing personal handling and healing from this matter,'' she said in the statement.

From Jesse's congressional opponent in the fall election, Isaac Hayes:


Today, we have learned of new allegations concerning the involvement of Congressman Jesse Jackson Jr. in the Congressional Crime of the attempted purchase a United States Senate Seat. Sadly, I am not surprised.

Mr. Jackson has refused to tell the voters of the Second District exactly what the extent of his involvement was, but has decided to leave it to the press and the trial of ex-governor Rod Blagojevich to fill in the details.

Today, we have been informed by the press that Mr. Jackson directed Mr. Nayak to offer Rod Blagojevich six million dollars in campaign cash in return for an appointment to the U.S. Senate seat.

It is time for Congressman Jackson to tell the members of the Second District the truth. They deserve to know what he did and why he did it. They have suffered long enough under the three-peat of political corruption that has existed for the past thirty years.

We need a clean break from the politics of the abuse of power and public trust. We need someone with the character and values to represent our district with honesty and integrity.

This statement appears on the Citizens for Isaac Hayes website at:
www.isaac4honesty.com

The Chicago Townhall Meeting is a non-partisan monthly gathering to discuss major issues of the day with a primary goal of promoting freedom, liberty, and constitutional principles and limited government in Chicago and Illinois.

What: On the Topic of “Time for Change”

Where: The Lincoln Restaurant