Copland and a Coffee Cup 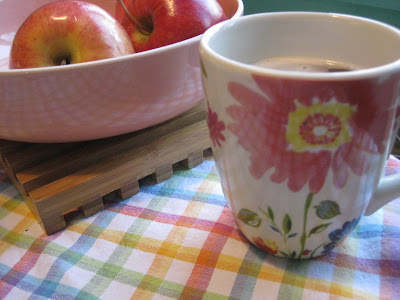 The makings of a cheerful morning. Despite the president's totally irresponsible airy-fairy budget. More. Keith Hennessey: The President’s budget: whistling past the graveyard. And Bill Clinton's triangulator calls out Obama and the Dems.
More. TWS:

‘What we have done is kicked this can down the road. We are now at the end of the road and are not in a position to kick it any further,’ [Obama] said. ‘We have to signal seriousness in this by making sure some of the hard decisions are made under my watch, not someone else's.’”

Of course, Obama's budget doesn't deal with entitlements at all--it puts the country on track to amass more than $17 trillion in debt by 2019: