WI Dems on the lam in IL. The Perps' Car, Wanted Poster 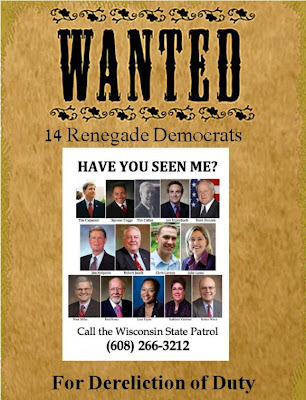 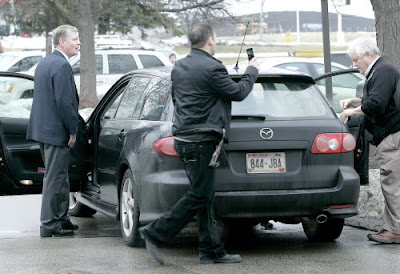 At one point as he ate, the televisions all around him played an interview he’d taped earlier with CNN. But none of the other diners in this city of media celebrities seemed to notice or care.

“That’s my nephew,” he said to a hotel clerk, pointing to a USA Today article on the 14 Wisconsin Democratic senators who had fled the state the day before. “He’s hiding out here.”