We Heart Our Friends in Japan 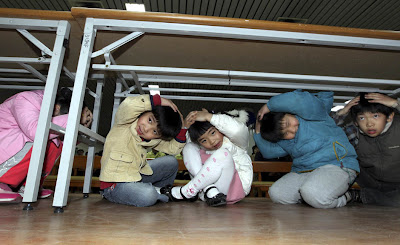 Photos of the day. One a drill, others of devastation. 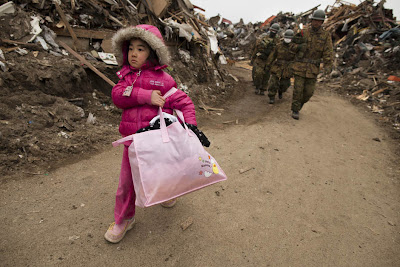 A fire has broken out at the building housing the No.4 reactor of Tokyo Electric Power Co's (9501.T) Fukushima Daiichi nuclear power plant, the electric utility said on Wednesday morning. NHK television later reported that flames were no longer visible at the reactor.

"All indicators show that Japanese stocks are extremely oversold, but the nuclear crisis still looms large and we'll have to see investors' reaction to the latest news about the nuclear plant," said Hiroichi Nishi, general manager at Nikko Cordial Securities.