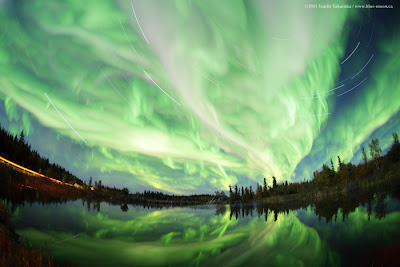 Watched the debate, Romney statist on Social Security, Perry leftie talking on immigration, Bachmann bored in on Perry gave the Romneybot a pass again how tea party unfaithful is that, Newt nasty to Megyn Kelly, Santorum tackled Huntsman instead of Paul this time, Cain and the Chilean model great stuff. Johnson at least listens to El Rushbo good joke on Obama.

Jenfidel JLT
RT @CoolChange80: @DavidLimbaugh There is clearly an opening for Sarah Palin to enter the race.
12 minutes ago
DanRiehl DanRiehl
Just an observation - People r looking for a reform election, top 2 aren't talking reform beyond ObamaCare.
49 minutes ago
freddoso freddoso
Thxs to the 3K people who bought Gangster Government in the last 3 weeks. More relevant than ever, and still available! http://ow.ly/6CvHw
33 minutes ago

I was disappointed in Perry tonight. Some of his answers were mangled, and I'm tiring of Romney and Perry duking it out with each other. They should all focus like a laser beam on the disaster of the Obama administration, and steer their answers toward defeating Obama, not bruising each other and giving Dems material for TV ads.

I'm tiring of Bachmann continuing to beat up on Perry after Perry acknowledged an error in judgement re the HPV vaccine. Huntsman is getting under my skin more every debate, and not in a nice way. Santorum seemed peevish tonight, trying to pin Perry to the wall and rudely interrupting him. He looked petulant and small doing that.

If Ron Paul is actually in 3rd place, it's because Paulistinians vote early and often on every poll they can find where Paul's name is mentioned, skewing the results. As I've said before, I'm 100% with him on 50% of his platform, but he's bat$#!+ crazy on foreign affairs, like being indifferent to suicidal, homicidal Iran getting nukes. His fiscal policy and foreign policy just can't be blended into a coherent whole, and I'm looking forward to the day when he drops out.

I stumbled across this video, which makes me realize how much I want Sarah Palin to run. If she doesn't, at this point, Perry is still my man, though, because I've seen what he does here in Texas. Doing is better than talking.

This debate was very disappointing to me too.

I still think Perry is a more solid guy than Romney, on character and record.

And I want the Cuda to run.

I can't make the Palin link work--could you post the url? thanks so much

Must have messed up my html.

I have loved the Celtic Woman song, which was written as a love song to America because America has been very good to them. But truthfully, the lyrics seemed a bit odd, when spoken by a group of Irish women to the US:


O, America you’re calling,
I can hear you calling me:
You are calling me to be true to thee,
True to thee… I will be.
...

And I will answer you, and I will take your hand,
And lead you… to the sun:
And I will stand by you…do all that I can do,
And we will be… as one.

However, when the music is set as in the video, as Palin hearing America calling, well, it just choked me up.

I know she is human, and fallible, and we should place our faith in God and not in man (or woman), and there will be powerful forces who will join to try to make her fail. Still, the video spoke to my heart. I think she is right for the times.

Did it make you all sniffly?

I think she is right for the times too.