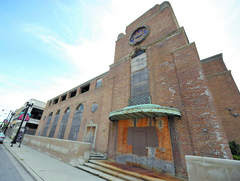 Our President Barack Obama's hometown has its troubles. Budgets have not been honest. The Dem core constituency CTU sues the Dem city machine over pension fund shortfalls:

The pension and retirement fund for Chicago teachers hit the Chicago Board of Education with a lawsuit Wednesday, alleging the district fell short of this year’s $198 million contribution.
The fund received $165.6 million from the district by June 30, the end of the 2011 fiscal year, $32.5 million shy of the state-mandated amount the employer must kick in to the fund, according to the lawsuit, filed in Cook County Circuit Court.
For years, the pen­sion accounts for other public schoolteachers across the state — and any number of government workers — have fallen short.

So who's been running the show, and where did they invest some of their $, hmm, mmm, mmm?

The historic, now boarded-up building that once housed the Chicago Defender newspaper is in foreclosure, and, as a result of that, five of the city’s struggling pension funds could end up losing $1 million.
A failed plan to rehabilitate the Art Deco/Moderne building was one of the deals put together by former Mayor Richard M. Daley’s nephew, Robert G. Vanecko, and his politically connected partner, Allison S. Davis, in a start-up real estate investment company that five city pension funds hired in 2006 to manage $68 million in retirement money for teachers, police officers, CTA employees and other city workers.

Now the web is spun out, here, there and everywhere.

The Dem left has made a virtue of decline. Their oh so well meaning, sweet talking elite has taken their ill-gotten profit up front over the years, but they're running out of other people's money this time.

It's up to we the people to stop them, and weave a renewed American story, bright and true again. 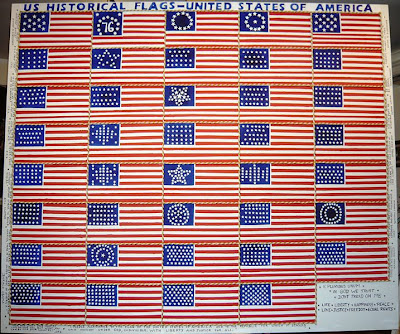 
“We did everything we were supposed to,” said Stephanie Morales, 23, who graduated from Dartmouth College in 2009 with hopes of working in the arts. Instead she ended up waiting tables at a Chart House restaurant in Weehawken, N.J., earning $2.17 an hour plus tips, to pay off her student loans. “What was the point of working so hard for 22 years if there was nothing out there?” said Ms. Morales, who is now a paralegal and plans on attending law school.

Some of Ms. Morales’s classmates have found themselves on welfare. “You don’t expect someone who just spent four years in Ivy League schools to be on food stamps,” said Ms. Morales, who estimates that a half-dozen of her friends are on the Supplemental Nutrition Assistance Program. A few are even helping younger graduates figure out how to apply. “We are passing on these traditions on how to work in the adult world as working poor,” Ms. Morales said.

Great, just great. No doubt Michelle O will have some encouraging words on avoiding the real world of work. Some hope though, even in the NY Times:)


For Geo Wyeth, 27, who graduated from Yale in 2007, that means adopting a do-it-yourself approach to his career. After college, he worked at an Apple Store in New York as a salesclerk and trainer, while furthering his music career in an experimental rock band. He has observed, he said, a shift among his peers away from the corporate track and toward a more artistic mentality. “You have to make opportunities happen for yourself, and I think a lot of my classmates weren’t thinking in that way,” he said. “It’s the equivalent of setting up your own lemonade stand.”