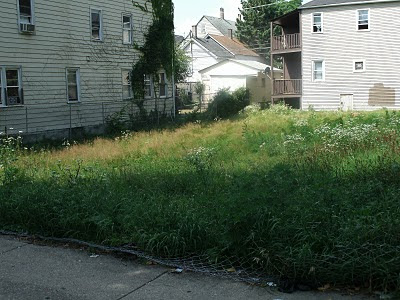 Yes, there's a drought affecting much of the country and burned out crop farmers need to be backstopped. But. I grew up in America's Dairyland and am not in favor of the massive subsidies that have evolved from the common sense crop insurance of days of yore. Like everything Big Gov touches the push to eliminate risk ends up with taxpayers at risk, squandering billions we can ill afford.

There was no recession in farm country.

Nor is the recession wholly responsible for the massive expansion of Food Stamps:


The cost of the food stamp program has grown wildly out of control, far more than can be attributed to a prolonged economic slump. A decade ago, the government spent $20 billion a year on this program; now its almost $80 billion
These benefits are meant for poor people who can't afford to buy food. More than 46 million Americans receive taxpayer-funded debit cards used to buy groceries through the Supplemental Nutrition Assistance Program. For many needy Americans, SNAP, as it's known, is a lifeline. But relaxed eligibility standards have opened the floodgates for benefit claims. Millions of people are receiving food stamps who until recently would not have qualified for the benefit.

Add to that the ability to easily game the system:


Citing the growing number of food stamp recipients selling their cards over the Internet, the new Department of Agriculture guidelines would allow states to investigate people who request replacement cards more than three times a year. States could cut off aid to those who couldn't adequately explain their repeated losses.
The District ranks third nationwide in the number of households that request four or more cards annually, federal data show, behind only South Dakota and Oklahoma.
But the type of fraud federal officials are targeting represents only a small fraction of the waste and abuse reported within the food stamp program, federal data show. And that single measurement greatly underestimates food stamp abuses in the Washington region.
Far more common abuses involve food stamp recipients who trade their cards to retailers for cash -- typically at less than the card's true value -- and those who lie about their circumstances to qualify for the benefit.

There is evidence of even more abuse, as official government policy: Fat And Furious: Obama Pushes Food Stamps In Mexico

If you go to the USDA website, it quickly becomes evident that the priorities of the department include much more than production agriculture and farmers. Programs like the Let’s Move! Initiative, Know Your Farmer, Know Your Food and The People’s Garden are prominently placed on the home page, adding credence to Vilsack’s statement.

And can we talk, Michelle?

However, if for every dollar spent on food stamps creates $1.84 in economic production, where are the jobs? And why aren’t GDP numbers reflecting such extravagant growth? Critics answer with the redistribution theory, that every dollar the government dishes out to welfare recipients is a dollar confiscated from the private-sector where real economic growth lies.
So the dollars stripped from business owners, who create society’s jobs, are recycled through a leaky government pipeline and thrust into the hands of SNAP recipients, who then spend these dollars in what Michelle Obama calls "food deserts" — low-income areas littered with fast-food chains and corner stores selling overpriced apples and oranges. Ironically, the Obama administration's welfare philosophy is obstructing the First Lady’s "War on Obesity."

Yeah, stimulus for swilling at the Big Gov trough bureaucrats.

This is one department I'd love to see cut entirely. Keep the safety net, probably best dealt with by states. But slaughter the Big Gov porker.


Good Lord. CA is sitting on 64% of the recoverable shale oil reserves in the lower 48, and we're not developing them.is.gd/fKhl1Q
— Phineas Fahrquar (@irishspy) July 23, 2012


Kotkin grasps the most important facts about urban development today: without rapid, small business led growth, there is no way that the residents of our inner cities can escape the cycle of poverty that has them in its grip.  And progressive blue politics as conventionally understood systematically squeeze and crush growth in our cities.