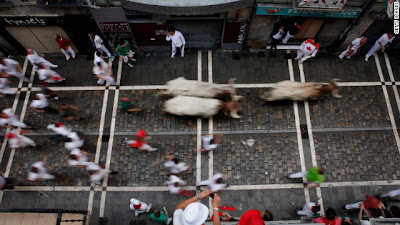 We had the model of a modern RINO in the O administration, Transportation Sec. Ray LaHood, who hailed from Peoria, recently waxing lyrical on the Commies over China way:

What next. The Obama model state of Illinois plays true to type. Brain-dead leadership operating in a bubble. My savvy friend Mary writes in:


Governor Quinn is promoting Illinois to Spain as the perfect place to do business.   Is it our high tax rates?   Our failing schools?   Our unfunded debt?  The ever increasing rate of violent crime in our major city? At least he choose a place with a higher unemployment rate.    I wonder if we can file a FOI request to review the documents he presented to their business and government leaders?   Should make for great summertime reading.......


The trip is "unannounced". So some vestige of sense remains.

I hear the trains in Spain run mainly in the plain. Why not stay there. Or take the bus back.

Meanwhile, back at the Illinois ranch, the state's iffy pension assumptions are getting hit hard.