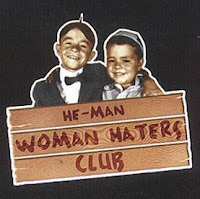 No Girlz allowed. Except Valerie. Karl Rove's numbers on his drop in support were bleak enough. Looks like near full retreat to the clubhouse. Matt Continetti, Washington Free Beacon:


The most telling moment of the campaign this week was not Mitt Romney or Joe Biden’s speech to the NAACP convention, but President Obama’s Tuesday appearance in Cedar Rapids, Iowa. Nor was it the content of Obama’s message that made his utterances noteworthy. It was the small venue: yet another community college. Now, Kirkwood Community College is no doubt a fine place, but Sports Authority Field at Mile High it is not. And one is unlikely to come across a better indicator of presidential shrinkage.

Eating your cheerios or your Wheaties--have you been eating your spinach (and how's Michelle feeling these days with no Vineyard vacay in the works this year):


President Obama is eating his way across the Midwest on his two-day campaign bus tour of Ohio and Pennsylvania, but he said it's necessary.
"People've been commenting — I need to gain some weight," the president said in the Ohio town of Poland on Friday morning, as he explained the waistline-stimulus program he's undertaken on his trip.
In less than 24 hours the First Stomach has put down a cheeseburger and fries at Kozy Corners in Oak Harbor, drank a Bud Light at Ziggy's Pub and Restaurant in Amherst, and then began Friday with two eggs, bacon and wheat toast at Ann's Place in Akron.

...won't be enough, Barry. You can bleat all the class warfare you want but you've burned the Obamskis one too many times.

And even your home clubhouse is not so welcoming any more.