He got the 3 a.m. call and this was his response. 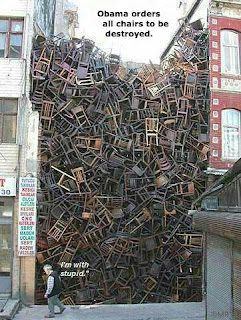 If you listened to @rushlimbaugh today, caller Clare made excellent pt:If hurt feelings caused the violence who spiked the football over OBL
— Anne Leary (@backyardconserv) September 12, 2012

God help us America. And the rest of the free world, such as it is. Pray for Israel.

More.  EXCLUSIVE: Open mic captures press coordinating questions for Romney “no matter who he calls on we're covered”
Posted by Anne at 9/12/2012 03:15:00 PM