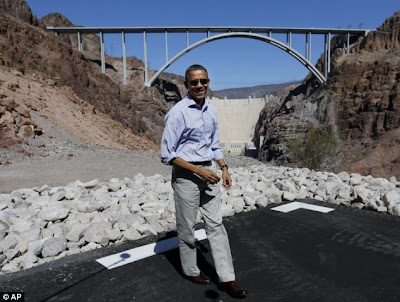 Tonight in Chicago. WSL890am audio. Photo of O hanging out at the Hoover Dam pre-debate. (Probably thinks he built it.)

Even in Chicago, the Preezie is not inspiring enthusiasm.

Daily Mail, giving us the news the US PC media fears to plumb, shall we say. Toby Harnden: Obama 'believed he had BEATEN Romney' in Denver debate - after ignoring advice of top aides on preparation

Think I'll make me some pumpkin pie cupcakes. For breakfast.