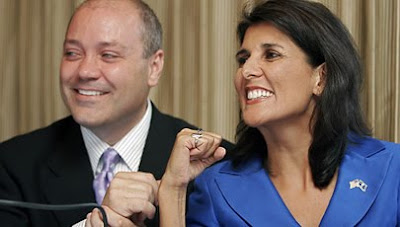 It's a beautiful thing:) All challengers of the old way of doing political business, dubbed Mama Grizzlies and backed by former Governor Sarah Palin, emblematic of the Tea Party moms who have become involved as never before, Republican women win big in primary races across the country.

Jobs and the economy dominate.

They're not running on the "women's issues" Dems so love, not running on divisive identity politics the leftists push year after year with no real solutions to the public policy problems we face, they're running on real reform and real answers.

The Year of the Conservative Woman

Why Meg Whitman can save California