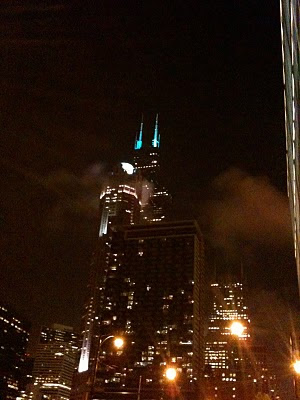 Turning blue with rage at Calpers in California.

Then there's San Francisco, about the last place in California you would expect to find an official determined to fight the financial weight of its public unions. Even legal thriller-writer Scott Turow couldn't make this up, but the man taking on the unions in San Francisco is its Public Defender, Jeff Adachi.
Mr. Adachi, 52, runs an agency of lawyers who provide legal services to poor people. He is a card-carrying San Francisco Democrat. As he sees it, payments for public pensions and health care are defunding the world he believes in.
As a public official, there was nothing he could do about it. So in a kind of Batman moment, Mr. Adachi as a private citizen got up an initiative last year, Proposition B, which would have required current workers to pay more toward pension and health-care costs. [snip]
"These costs are a tsunami," says Ms. Gomes. "If we can't rely on the state to fix it, we have to do it locally, and we have to join together, because the unions are joined."

We've Become a Nation of Takers, Not Makers More Americans work for the government than in manufacturing, farming, fishing, forestry, mining and utilities combined: