Will Blago Go for Broke? 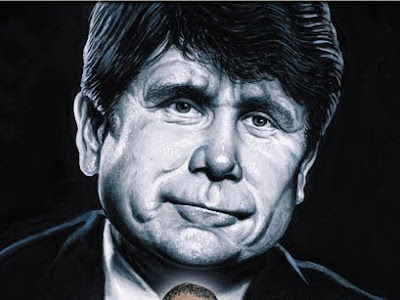 The Tribune highlights the Balanoff bombshell that contradicts The One and lays out the next phase.

It's quite a cast of characters.

What persona will Blago adopt on the stand?

In a double effort to clean up the halls of the state capitol, Gov. Pat Quinn today signed two new bills into law.

The first is an ethics reform bill that promises to make it harder for corrupt politicians to profit from their nefarious activities. And the second? It's a direct swipe at Rod Blagojevich, making it illegal to use state funds for a portrait of an impeached governor.