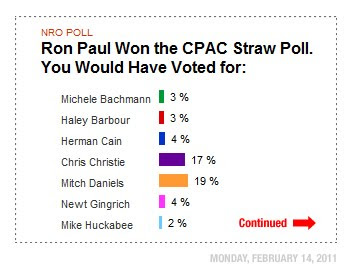 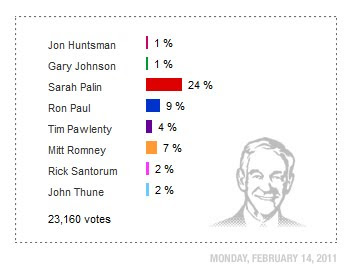 We all want Obama out of the White House, and there is no Republican nominee who can beat Obama. Except Paul. The only way to beat Obama is to steal his votes, and the only who who will do that is Paul. Obama only won the election because he got the Independent vote- it was anyone other than McCain/Palin. Independents and Democrats alike love Paul.
This is a serious situation. We can't just wait until 2016 when any old Republican is a shoe in. I fear the economy- and the dollar- will not last that long. It's time we stop worrying about the reputation of the Republican party (who will be their puppet) and start worrying about the future of this country.
Please, don't give up on Ron Paul. Reconsider what you think you know about him- the media has not done a fair job. He was completely ignored in the 08 election.


"Ron Paul is one of the outstanding leaders fighting for a stronger national defense. As a former Air Force officer, he knows well the needs of our armed forces, and he always puts them first. We need to keep him fighting for our country."
-Ronald Reagan