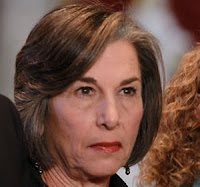 "Republicans are literally trying to kill Social Security, Medicare and Medicaid. Democrats will stand of the way of their war on seniors."

The reason for Medicare's cost spiral is that the number of beneficiaries is growing — I'm looking at you, baby boomers — at the same time the cost of treating each one is going up. Absent substantial changes, Pauly has calculated, payroll taxes would have to triple to pay all the promised benefits.

I have news for people old enough to be thinking about retirement: Your children may love you, but not enough to be taxed into poverty. Ryan's detractors pretend we can go on enjoying the status quo indefinitely. But it's only a matter of time before we hit a fiscal wall, hard.

There are three basic choices. We can keep on just as we have in the past until the program collapses of its own weight. Or we can restrain costs by letting the federal government ration medical care. Some patients would have to wait months or years for procedures now taken for granted — and some wouldn't get them at all. Death panels, anyone?

Or we can switch from a guaranteed-benefit program to a "premium support" model.

That's the Ryan plan.
Let's not forget ObamaCare cut senior healthcare to fund the new entitlement. I think Rush has a parody

Thus Reagan in his 1981 budget message: "The motivation and incentive of our people—to supply new goods and services and earn additional income for their families—are the most precious resources of our nation's economy. The goal of this administration is to nurture the strength and vitality of the American people."
Paul Ryan, in his budget's introduction: "Decline is antithetical to the American Idea. America is a nation conceived in liberty, dedicated to equality and defined by limitless opportunity. . . . This budget's goal is to keep it exceptional, and to preserve its promise for the next generation."

The next generation--our kids and grandkids.
We Boomers need to step up--and many have. A lot of TEA partiers are seniors. Because we understand that taxation without representation is tyranny--even if our representatives don't.
Related post: New DNC Debbie's Greatest Hits!!!
Posted by Anne at 4/07/2011 10:16:00 AM

Save the Old People: Kill the Baby!

You gotta love Schakowsky - PP tosses her some nickels and she talks drivel like there's no tomorrow.

Dems are so absurd.

Oh, sorry, but I don't think of you that way

I guess I should say leftists, or DC Dems