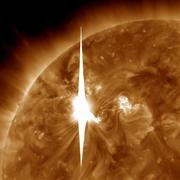 Omg. Get out there and make a speech, Barack!

O's busy bots are holed up over cloud gate in Chicago. NY Times:


CHICAGO — With a “chief scientist” specializing in consumer behavior, an “analytics department” monitoring voter trends, and a squad of dozens huddled at computer screens editing video or writing code, the sprawling office complex inside One Prudential Plaza looks like a corporate research and development lab — Ping-Pong table and all.

Other news in ObamaRahmboville: Report: New ‘L’ Cars Were Pulled Because Of Defective Parts From China

More, from Breitbart & Co: OBAMA: 'Open up your hearts and your minds' to racialist prof

Related posts: Newt's Political Gold: Obama's Energy Waterloo, in order to raise less cash than Bush, Obama had to attend twice as many fundraisers, Hipster President?...and Power Belts
Posted by Anne at 3/08/2012 08:40:00 AM