ObamaRahmbo on NATO: Escape to Wisconsin?

Stung the other day by Gov. Walker's good stats in Wisconsin, IL Gov. Quinn, Blago's former sidekick, tried to lash back on the Blowhard Ed show.

Rahmbo's ramping up for the NATO summit, while Obama inflates his role as the Osama slayer on the anniversary of the deed.

Meanwhile, the Red Cross is informing our neighbors to the north to expect another Chicago invasion. (The last time, I believe, was the thug rush to shut up Sarah Palin.)

Makes you wonder why we should stick around in Obama's home city state. Maybe to picket ObamaforAmerica in the Pru Center, while we're "enjoying" our staycation. 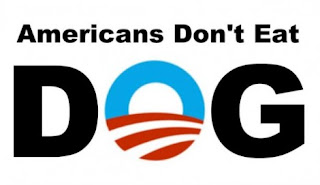 We know the cheeseheads eat cheese.


New York Times: "Presidents running for re-election typically boast of programs they created, people they helped or laws they signed. They talk about rising test scores or falling deficits or expanding job rolls. President Obama is increasingly taking the unusual route of bragging about how he killed a man."

"To be sure, that man was Osama bin Laden, and he is not mourned among either the president's supporters or detractors. But in the days leading up to the first anniversary of the raid that finally caught up to the Qaeda mastermind, Mr. Obama has made a concerted, if to some indecorous, effort to trumpet the killing as perhaps the central accomplishment of his presidency."

...or maybe this picket, per the good professor: