Earnest but not Frank. Oh that Joe

Your laugh of the day, folks. Via Politico, whose usual hacktastic Dem demeanor has cracked: The VP's remarks will not be tweeted:


From White House deputy press secretary Josh Earnest, via email: "The embargo will allow journalists to hear the entirety of the Vice President’s remarks and get the benefit of having their questions answered -- before trying to condense a 30-minute conference call about a 20-page NEC report into a 140 characters."

Well, what will Joe say next.

And how will they spin today. 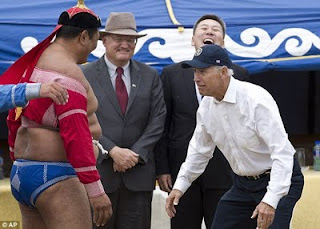