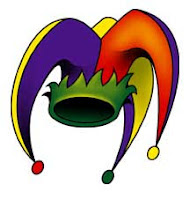 Yeah, O really cares. Well, we know he misspoke, though if you relied on the PC media you wouldn't have heard about it, but it's emblematic of this guy, isn't it--when he's off the teleprompter he says what he really thinks, bumbled as it is.

Obama's idea of the economy is consumers and government are the drivers--without real appreciation for the innovation and creativity of individual inventors and entrepreneurs who come up with the NEW products at great risk and sometimes great personal cost.  It's capitalism that delivers. It's capitalism that is responsive to consumer demand and supports the burden of government, which has grown way too onerous.

Putting America's next generation at risk:


Today’s youth, both here and abroad, have been screwed by their parents’ fiscal profligacy and economic mismanagement. Neil Howe, a leading generational theorist, cites the “greed, shortsightedness, and blind partisanship” of the boomers, of whom he is one, for having “brought the global economy to its knees.”

The depth of this president's ignorance and malice is astounding.

This has to rank up there with his precipice remark. Or maybe his spread the wealth slip. Or his kill us with energy price-spikes.

We could say he was a para this or that, but that would be as a pol, not even close to presidential.

But I think in November we should do him and the rest of us a favor, and let him figure out the color of his parachute.