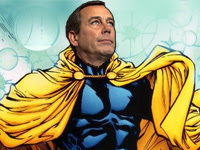 CNBC debt buzz blog has this up:)

Do we have a new hero America?:)

Who will be the first Dem to say on the House floor. "If this bill passes the terrorists will have won."?
2 minutes ago

...You are old news--this is the new movement:

Govt has made itself ludicrous. George Will: Minds opening to libertarian ideas : trib.me/oZanYD#.TjWVPd… via @AddThis
8 hours ago

Clinton's old fart Dem pollster who still hasn't figured it out after umpteen years. It took me one term of Jimmy Carter:

Somehow utopia doesn't ever get here. More from Greenberg:

Our new hero is everyman.

...Actually the solution sounds a lot like Palinomics to me:)