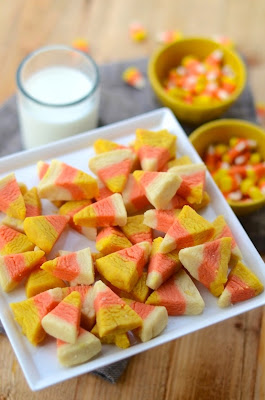 On interactions. Big with women. The Hill:

More people view, comment on and like Ann Romney's content than they do Michelle Obama's. That could be because Ann Romney often shares and comments on her own images. Her most popular images, according to Curalate, are recipes.

Her most popular pin so far is banana bread, but many Happy Halloween returns of the day with this candy corn cookie recipe, right up top:)

Am repinning it now:)


The Rocky & Bullwinkle Show had a "Fractured Fairy Tales" segment where a novel spin would be put on an old tale.  Reminds me of Team Obama's take on the world.  You can't believe what you hear and see, only their re-telling of the story.  "The economy is growing."   "Fast & Furious was a gun sales promotion."  "Benghazi was a hostile movie review."  "Taxes do not impact personal income."  "Business regulations have no cost."  "You can keep our own doctor with Obamacare."   All, Fractured Fairy Tales.

It's always a treat to get your take on things. Happy Halloween.