Does O always have a little rain cloud over his head? 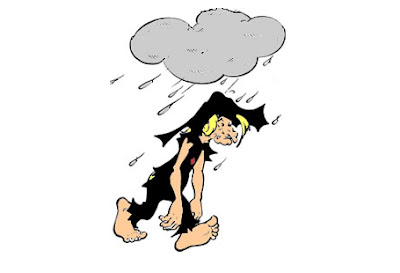 Oh yeah, it's the weather. O's Grant Park outdoor extravaganza of '08 won't see a repeat, no, no, no, he and party hard Me-chelle will retreat to fortress McCormick Place for the Obamapaloozer event.

Will other celebs be there, unlike last time when Barack didn't want to share the limelight? Or will all his "friends" slink away.

Oh, and yeah, will they require photo-ID to get in, hmm. Will Obama for America suppress his supporters. Or has he done that all by himself.

Rahmbo pulling out the stops to campaign for O in Florida, tough duty, and Oiho.

On Wednesday, Emanuel was asked how he can simultaneously campaign for the president in swing states and raise money for Priorities USA without violating the firewall that’s supposed to separate the two.

“We’ve cleared it all because a lot of the organizations are asking me. That’s all been cleared from a legal perspective,” the mayor said.

“Instead of misleading seniors and Jewish voters in Ohio and Florida, Chicago’s mayor should be in Chicago worrying about how to keep families safe from unprecedented crime and fiscal crisis,” Brady said. “Voters in both states already know the president cut Medicare and repeatedly castigated Israel. They don’t need to hear more excuses and explanations.”

Other news from back in the neighborhood:

More taxes. Including a tax on bullets. Next up, a tax on the 1st amendment? I'd say that was ObamaCare, one big tax, even as it deprives us of our religious liberty. But who gives a Dem damn, eh, Dick Durbin.

Let a smile be your umbrella, Barack. You know, just like '08. Trot that out again. Maybe it'll work. But maybe people will see you as you are:
P.S. Chicago Tribune:


The CTA has potentially inflated by up to $150 million the federal taxpayer money it received since as far back as 1982 by "fraudulently over-reporting" the number of miles CTA buses travel while in service, according to a new report by a little-known watchdog group. [snip]

But Cause of Action, which said it based its findings on "insider audit information" from six years ago, said the CTA likely continues to get away with its inaccurate mileage reporting, with the knowledge of the U.S. government, because of the transit agency's political connections stretching from Chicago to Washington.