Dems pat women on the head, give 'em a lollipop 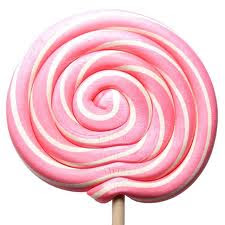 Are we tired of this brainless ladyparts talk from Dems and Preezie O yet. Talk about objectifying and manipulating: ‘Binder Derangement Syndrome’: How the Democratic Party Exploits Women. Commentary:


Equal pay was already the law of the land before Obama signed it. Rather than an advance for women, the Act was a lollipop for the president’s trial lawyer bundlers.

Equal pay is a canard anyway, and has been for over 20 years.
The next generation, Millennial women, are concerned about jobs, jobs, and more jobs. Because too many of them are unemployed: New survey shows young female voters support GOP economic priorities And their moms and grandmas may have jobs but they're worried about the future for their families. For their husbands, their daughters and their sons.

They may not be able to retire themselves, they may be the breadwinners holding one or two generations together.

Flextime is especially important to women, but Obama and his union cronies oppose it, so it gets shoved aside--Dems take women for granted:

Exhibit A is a progressive tax code and the penalty it imposes on earning marginal, or additional, income. Most married women are second earners. That means their income is added to that of their husband's and thus often taxed at a high marginal rate. This "marriage penalty" has never fully been adjusted for in the tax code. A married woman working on an assembly line keeps less of her paycheck than the unwed man who does the same job. That's real inequality in pay for women.
You won't hear Democrats admitting this punitive tax burden—particularly when combined with child-care costs—is a reason many women can't afford to work, even if they wish to. And the expiration of the Bush tax cuts would compound this problem. To the extent Mr. Romney is offering a flatter tax code, with lower marginal rates, he is offering millions of women greater choice and a shot at more economic freedom.

Mr. Romney might note the damage done to women by antiquated but still operative labor law, such as a provision in the 1938 Fair Labor Standards Act that requires hourly workers who put in more than 40 hours a week to get overtime. While some women like overtime, a 1990s poll found that 81% said they'd rather pack more hours into fewer days and receive compensatory time off. The phrase for this is "flex time," an invaluable option for many mothers attempting to juggle work and family. Not in this Democratic war.
Mr. Obama's union allies resolutely oppose any reform of the 40-hour law, because the status quo gives union leaders more control over crafting work arrangements.

Yeah, ya better take that lollipop and like it ladies.
Or vote these patronizing, elitist bullies out.

Related posts: Women comfortable in their own skin, Girls Just Wanna Have Guns, They're not swooning for O any more,Women take the long view, drop O in droves, Obama base threatened: affluent suburban voters may vote R on economy, More confirmation Obama losing women
Posted by Anne at 10/19/2012 08:31:00 AM