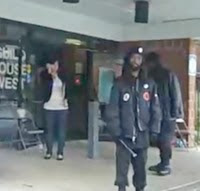 Coates Speaks as Best He Can:

It’s not news that Christopher Coates, the former chief of the Voting Section of the Civil Rights Division at the Justice , was relieved of his post on January 5 and “transferred” to South Carolina for an 18-month assignment with the U.S. attorney’s office. (See my article on the NRO home page.)

Coates had been relentlessly criticized by liberals both inside and outside the division because of his involvement in two cases — one in Noxubee County, Mississippi (U.S. v. Ike Brown et al.), the other in Philadelphia (U.S. v. New Black Panther Party et al.) — that feature clear-cut voting-rights violations (namely, discrimination and intimidation) committed by black defendants.

Coates is a former ACLU attorney who has received many awards for his work in the area of civil over the past four decades. He has filed numerous voting-rights cases on behalf of minority voters. But he got in trouble because some of the ideologues who inhabit the civil-rights community don’t want to accept anyone who doesn’t share their view of Voting Rights Act (VRA) enforcement. One of their unbreakable rules is that the VRA shouldn’t be used to protect white voters from discrimination committed by racial or ethnic minorities.

Apparently eager to punish Coates for his role in these cases, political appointees in the Obama administration effectively stripped him of all his management and supervisory authority soon after they came into power. The indignity and abuse to which Coates was subjected represents a disheartening example of the politicization of Eric Holder’s Justice Department, and will serve as another ugly stain on an out-of-control Civil Rights Division.

The third reason for race-neutral enforcement of the Voting Rights Act so that all persons are protected from discrimination or intimidation regardless of their race is that fair enforcement of the VRA is important for its very survival. America is increasingly a multiracial, multiethnic, and multicultural society. For such a diverse group of people to be able to live and function together in a democratic society, there have to be certain common standards that we are bound by and that protect us all. In fact, as we become more diverse, it is even more important that our national standards of non-discrimination are enforced by the federal government.

One of these most basic standards is equal protection under the law.

Hey, Wally "Gator" Bradley could schools these earnest activists on how to job the Media.