Make no mistake, this is a threat.

Schakowsky is explicitly encouraging Democrats to commit the crime of intimidation.

Under Illinois law, intimidation is defined to include acts performed with the intent to cause another person to perform an act (e.g. voting) under threat of inflicting physical harm on the person threatened or on property, or to subject the person threatened to physical confinement or restraint. That is the intended effect of a Schakowsky representative refusing to leave the doorstep until a resident has been "pulled out" to go to the polls and vote.

It's usually not so blatant but she's snarling like a cornered rat. One of my friends who heard the clip on the radio wrote in:

Sykes played the Jan Schakowsky clip where she says "..I won't get off your doorstep until you come out and vote." She wants Dems all over the country to copy 'the Chicago Way"....... hassle the voters until they do want you want. That's Jan.
Good news. A neighbor is holding a Joel Pollak party on Sunday. They never have done anything like this before. Joel really has shaken up the race. People are excited!

Fast forward and she's in the race of her life. Why?

Because even the reliably Dem 9th district has had enough. Longtime allies have endorsed Republican Joel Pollak. He is raising more money than she has, and his forward-looking reform candidacy has inspired people to get out and campaign like hell to defeat this arrogant, clueless and corrupt Democrat. Joel Pollak is a most remarkable candidate, first drawing notice nationally by questioning Rep. Barney what housing crisis Frank directly, who is under siege as well.

She voted for ObamaCare which cuts half a trillion out of Medicare to subsidize a new entitlement that kills choice, won't work and will bankrupt this country--forcing up insurance rates and causing employers to drop coverage they can't afford any more.

She has attacked small business with draconian regulations and taxes, driving them to the verge of bankruptcy and destroying jobs.

She has stonewalled: No answers on her continued corrupt practice of rewarding cronies at our expense.

She has allied herself with the duplicitous J Street which actively undermines Israel, and as a member of the House Intelligence Committee is criminally blind to the security threats we face at home.

And she is ignorant and contemptuous of the laws of this country and of her constituents, the voters.

It's time for Jan to go. 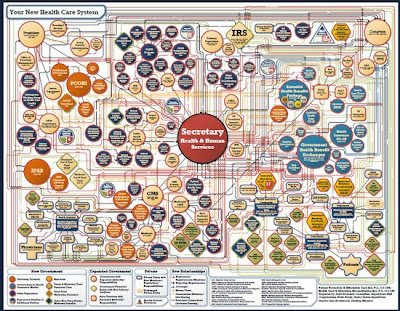 More. In case you missed Joel's further comments in Big Government. Candidate forum videos online. Remember--you can vote early--for the good guys. ...And Politico looks at the Jewish vote turning right at times, having an impact on key races, including the 9th. HT WSJ OneSpot.