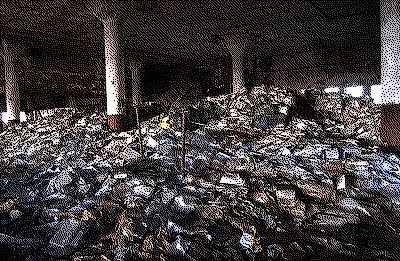 Gourmet Sandwiches on the Go Founder may take his free smells elsewhere (And note their poll of the day--60% of the locals are furious):

Jimmy John’s started in Illinois, with its first location in Charleston in 1983 and the third shop in Champaign in 1987. Liataud’s parents also met in Champaign and he helps out the University of Illinois. He is upset to be leaving his home, but finds it to be the only alternative.

"I’m not a greedy American pig. I’m a hard working, bread-baking, meat-slicing delivery guy who happens to be immensely successful," he said.

Reason picks it up.

P.S. This just in from a reader:

Illinois public pensioners will NOT pay any state income tax. That was confirmed by an e-mail from Mr. Schoenberg's office today. Shared sacrifice. Illinois style.

Actually, this was the first time I ever got a response from Jeff...

As we who live in his Senate District know, Shifty Jeffie has been on the case as co-chairman of the Commission on Government Forecasting and Accountability, previously a real fiscal conservative wizard yessirreeeee in the Illinois House for years (scroll down for his big fat union support, bleeding us dry)...I see he hasn't updated his effing Jeffie blog. Now he is a really big guy--Assistant Dem majority leader--as the state spirals dead.
Posted by Anne at 1/20/2011 03:40:00 PM