Earth Day 2011: Even Greenies are "freaked out" by the economy 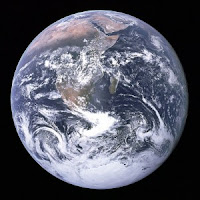 Highlighting a Berkeley wannabe suburb just down the road from me, the NY Times notes green product sales have dropped:

Indeed, outside a Whole Foods Market in the Chicago suburb of Evanston, June Shellene, 60, said she did not buy green products as often as she did a few years ago.

“People are so freaked out by what is happening in the world,” she said, before loading her groceries into a Toyota Prius. Of green products, she said, “That’s something you buy and think about when things are going swimmingly.”

Climate change ranks at the bottom of most Americans' concerns (and it seems to be cooling), while gas prices rise to the top.
My local NPR clone station is playing Earth Day music this Good Friday, as eco-zealots push their faith-based creed on churches for Easter.
Illogic abounds. Little reason with their faith.
But pagan worship, whether of The One or Mother Earth, is on the wane.
More. NY Times on the worst mood of the electorate in 2 years:

Capturing what appears to be an abrupt change in attitude, the survey shows that the number of Americans who think the economy is getting worse has jumped 13 percentage points in just one month. [snip]
The opposition by Tea Party supporters to raising the level of debt the nation can legally carry was shared by nearly two-thirds of poll respondents, including nearly half of Democrats; administration officials say blocking the government from raising that limit could force it to default on its debt payments.