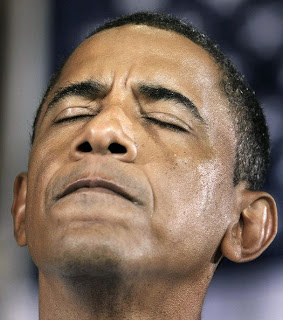 In a despairing, no more tingly kind of way. "Nothing to root for". This eerie presidency.

Barack--on the trail in AirForce One, the Vader bus, or holed up, not in the Oval.

P.S. Well, there are some people someone talks to. With Bill Daley on the way out, Valerie's running things solo in the WH now, with Rahmbo picking up the slack here and there. Might be just going through the motions with Rahmbo, though. He knows we're really going broke, and unlike Barack and Valerie I think he loves the city and this country.