So, will Me-chelle Break out the Good Stuff 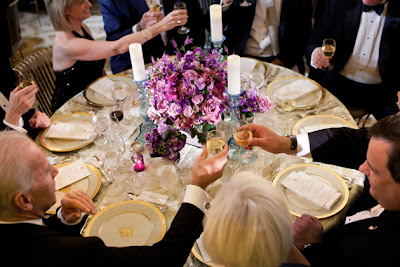 "Barack turns 51 next month, and there will be a little celebration at our house in Chicago," the email reads. "We'd like to give grassroots supporters an opportunity to join in the fun. You guys deserve it, and I know Barack would personally love to see you there."

Oh sure I'm sure. You notice she doesn't say SHE will be thrilled. At least she's not going to ditch him on the day this year.

Oh yeah, it's the big Barry Obamski birthday fundraiser with the hoi-polloi at their home away from the White House.

Maybe Barack could turn water into wine so they don't have to raid their wine cellar privé.

Or he could bring in that great stuff he raved about from the Cubs' Friendly Confines.

As he continues to malign the private sector. Any bets Penny P will show?


At first glance, the party that Penny Pritzker hosted last month in Chicago could have passed for an Obama reunion. Her modernist home and sculpture garden had been the site of Obama fund-raising events over the years, and the guests that night included presidential allies like Rahm Emanuel, chief of staff turned Chicago mayor, and Warren E. Buffett.

But the party was for a Goldman Sachs-sponsored small-business program...

Small business? As O runs 'em over? I don't think so.

I really do think Barack thinks money comes from the Fed. No problem. So why doesn't he just print some for his campaign. Oh wait.
UPDATE[Sony BMG issues takedown notice to kill Romney ad]

P.S. I really think they should bring in Second City for the entertainment...well, I know I'd be entertained. I wanna hear some felon jokes.

... An update via Lucianne:)  Obama wedding registry fund-raising strategy not a hit with brides