Women comfortable in their own skin 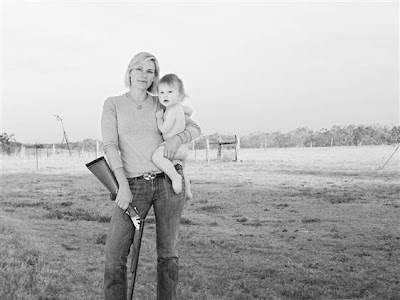 Althouse is dead on in this blogging heads dialogue with a Dem. Our president Barack Obama has female trouble. Beyond the usual. 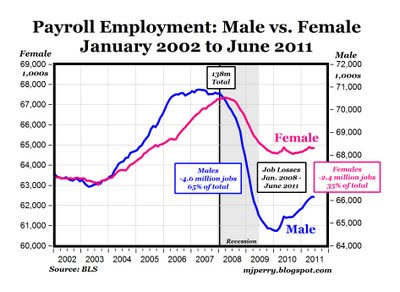 If we'd really spent tax money on bridges and infrastructure, stuff that would last, that would have been sensible, because if you go into debt for the next generation at least it would be tangibly there. Is infrastructure sexist? How silly to evaluate it that way.

Do we sympathize with his women staffers? Not a lot.

More and more the old leftist template is cracked.

Even some media is finally picking up on this, so we suddenly see stories like--Chicks with Guns
Ah yes, so artistic:)


“Their numbers are really high but their profile is actually really low,” said McCrum, who spent three and a half years capturing artistic and arresting portraits of women with their weapons of choice.
“I was so surprised by the variety and breadth and diversity of these women,” McCrum said. “There are so many stereotypes about guns, mostly derived from popular culture, but the reality is so much more complex and varied than you can imagine.”

“Chicks with Guns” reveals just how true that is. The book features nearly 80 portraits and captions in which women describe the role of guns in their lives in their own words. It quickly becomes apparent that rich women, poor women, young women, old women, athletic women, sedentary women and a fair number of confident girls possess guns for reasons that are peculiarly their own.

Women as individuals, what a concept. And one of the most popular new HGTV shows is The Pioneer Woman.

I think something's going on. Maybe real life. We've always been there.

Now worrying about the future of our children--our daughters and our sons.

--thanks for the recommended read, Pundit & Pundette

Speaking of chicks with guns, my mom was a hot fiery red heat with a gorgeous figure when she & my dad were young. For as long as my father was alive, he had a picture of my mom, looking gorgeous and aiming a shotgun, on his dresser. He also had a copy of it in his wallet.

Great story, love it, thanks!