Give the whole country to Disney 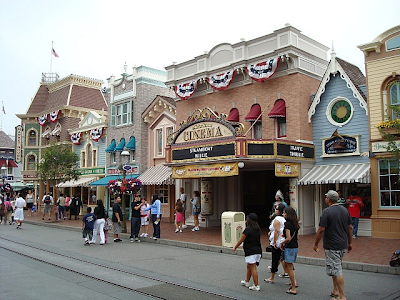 This arose from a Pethokoukis piece, Imagine if Steve Jobs were the GOP nominee …and how he would be savaged by our oh so fair-minded press. Brit Hume's commented on the double standard.

But beyond that, when Jobs died many wondered whether we would see his like again. It's not just a question of a fatboy Gov that kills small business, job creation and innovation with busybody and punitive regs and taxes, it's the youthful promise of our country. Is it still there? Some kids still play with big cardboard boxes and tinker with making their own toys but is it enough? Or will the mind-numbing PC and failed public school system triumph in the end.

There's an email that's been going around for some time, but what it says is telling. Some laid-back youth addresses an older person and says you're out of it, you don't know much about the internet, iPhones and on and on. The crusty older guy says, well, who invented it all. It's especially galling after witnessing the self-important and destructive attitudes in the streets of Chicago this last weekend, encouraged by our President, officially or not.

I've thought my suburban town could be better run by Walmart, and the country Jobs is talking about is Mexico, but why not Illinois? (Actually, I thought Walmart there too I see) Take my state. Please.

And America could do worse than have a Main St. everywhere that's clean, productive, respectful and going about the day with a smile on everyone's face.

...But the key is being able to fire people. Starting with our President Barack Bamboozler Obama.

...who wouldn't prefer this to the lobotomized Julia the president envisions in his cartoon-like brain.