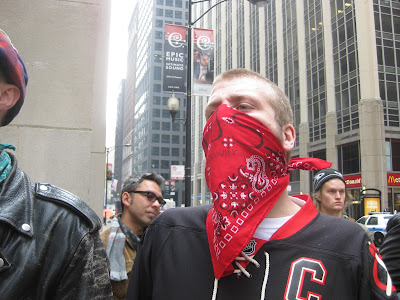 Did I meet the guy on May Day? 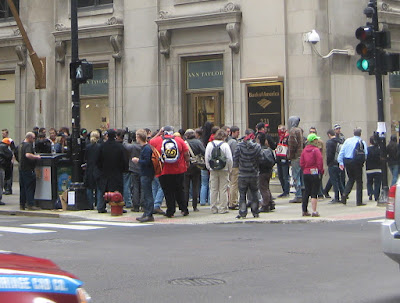 If so, clearly he stuck out to me. I thought he was trying too hard to blend in. Like maybe a tourist from Ft. Lauderdale, Fla. Only maybe not a tourist. 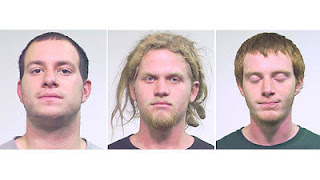 I asked the guy why he wore a mask, are you ashamed? He said, it's not about me, it's about all these fine people, and waved his hand around. At the time it was mostly media. I laughed and thought, who do you think you are, Mayor of Chicago.

Then he pulled the bandana down. Later he was one of the two main people I saw blocking the door at the Bank of America branch on State St. The media should have lots of shots of that. I think he had the mask on again.

More. Occupy Chicago Ustreamer says he's hearing via walkie talkie the place he was staying has been surrounded by the police. He calls them "white shirts" and is heading over there.

I don't believe it could be Church because his hair, though still short, is too short in the photos. Your photo is from May 1, 2012. In it the protester's hair is very short. I think the photo of Church (the one with his eyes closed) was taken when he was arrested on May 16. I don't think his hair could have grown that fast in 15 days.