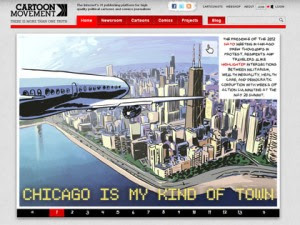 A cartoon-like view of the NATO summit, Chicago. By a guy from Massachusetts.

My coverage of what actually happened, here. And this, via Breitbart: Video Proof: NATO Protesters Unprovoked Attack On Chicago Police

Note to progressive punk--you're lucky the police were there or you might have been a real casualty.

What a total little creep you are.


In a new al-Qaida magazine called "Inspire" on page 51 is the picture of the familiar, 100-story John Hancock building, one of the tallest towers in America -- the backdrop for an a story called "Open Source Jihad," which means holy war. CLICK HERE TO DOWNLOAD THE MAGAZINE

And this. Here's that photo: 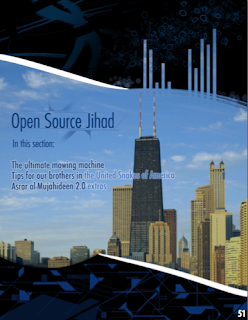 The second issue of Inspire magazine displays an image of the Chicago skyline (pictured right). Just two weeks later, AQAP sent explosive-laden packages on U.S.-bound cargo flights. Though the plot was thwarted by federal authorities, the packages were addressed to Chicago-area synagogues.