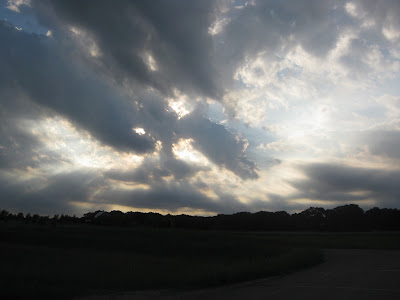 No Guardrails. This editorial appeared in The Wall Street Journal, March 18, 1993.

We think it is possible to identify the date when the U.S., or more precisely when many people within it, began to tip off the emotional tracks. A lot of people won't like this date, because it makes their political culture culpable for what has happened. The date is August 1968, when the Democratic National Convention found itself sharing Chicago with the street fighters of the anti-Vietnam War movement.

The real blame here does not lie with the mobs who fought bloody battles with the hysterical Chicago police. The larger responsibility falls on the intellectuals--university professors, politicians and journalistic commentators--who said then that the acts committed by the protesters were justified or explainable. That was the beginning. After Chicago, the justifications never really stopped. America had a new culture, for political action and personal living.


Recreate '68. A few protesters descended on Denver this year to relive the radical glory days of the 1968 Democrat convention in Chicago. I didn't live in Chicago then, but in a small town in Wisconsin, and as a young teenager I was a Democrat, raised as one, and a supporter of peace candidate for president Sen. Eugene McCarthy of Minnesota. So what does '68 mean to me? It means barely 10 years later I was a Reagan Republican.[snip]

Barack Obama's early and longstanding Chicago political ally, domestic terrorist Bill Ayers was one of the '68 radicals who wanted to kill the pigs and trashed the city. A spoiled child of privilege then and now, Ayers today is unrepentant about the bombs that were meant for public servants in the Capitol, but killed his girlfriend instead. On Sept. 11th, 2001 his new book was reviewed in the NY Times. He had no regrets and said we should have bombed more.

Bill Ayers No Dream. Yes we can. Though I had never met him before, I knew Bill Ayers.

Lord of the Flies in London. Britain's liberal intelligentsia has smashed virtually every social value
Yes we can.

Assault after assault. On and on to destroy the civilized boundaries of society, the bulwarks of decency that protect the weak and innocent. No guardrails. One tipping point after another. Yes we can.

Will no one let these children go. As they grow up, or not. Predators. Or prey. Some escape, some do not.

And so the cowards and killings are spreading to the heart of liberal Chicago. As this bankrupt city and state slowly die.

I went to church this morning, after reading the news early on, and this was the reading:


Then the Lord answered Job out of the whirlwind: "Who is this that darkens counsel by words without knowledge?  Gird up your loins like a man, I will question you, and you shall declare to me.  "Where were you when I laid the foundation of the earth? Tell me, if you have understanding.  Who determined its measurements—surely you know! Or who stretched the line upon it? On what were its bases sunk, or who laid its cornerstone when the morning stars sang together and all the heavenly beings shouted for joy?  "Or who shut in the sea with doors when it burst out from the womb?—  when I made the clouds its garment, and thick darkness its swaddling band, and prescribed bounds for it, and set bars and doors,  and said, "Thus far shall you come, and no farther, and here shall your proud waves be stopped'?

With humility and God's grace, let us pray. Or if you don't believe in God, pray your own way. But pray.

---Thanks for the related link. Legal Insurrection:  Chicago violence in two tweets

Related posts: Rahmbo & Co's Run on Rights, Obama Feds Bought Weapons to Sell to Narcoterrorists,  Gunwalker in the Heartland
Posted by Anne at 6/24/2012 11:22:00 AM