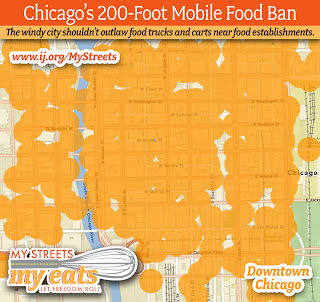 
Kotkin grasps the most important facts about urban development today: without rapid, small business led growth, there is no way that the residents of our inner cities can escape the cycle of poverty that has them in its grip.  And progressive blue politics as conventionally understood systematically squeeze and crush growth in our cities.

Chicago's Problem in a Nutshell

Please say no to soul-destroying perennial dependency. This is the way forward.

And that includes Chick-fil-A. Scrap the juvenile demagoguery:

Lets have some honesty. Because we are facing a bleak future without freedom.

We want the City of Big Shoulders. Melting pot reworked. Sunny Side up.

More:Elizabeth Scalia: Chick-fil-A: if you’re not sure, this is how fascism works.  Patheos


Adding up all of the natural and produced capital and dividing it by our population, the World Bank calculated in 2005 that our natural capital amounted to about $14,000 per person, and produced capital was about $100,000 per capita. Intangible capital was a whopping $627,000 per person. In other words, about 85 percent of American wealth consists of institutional and social capital, such as strong property rights, the rule of law, an honest bureaucracy, and an educated populace, that enable the process of entrepreneurial innovation and job creation in free markets.

Good governance underpins these things, but not all governance is good. Just as government can enable the voluntary creation of wealth, it can also impede and even destroy it.[snip]

A July 2010 study, "The Importance of Startups in Job Creation and Job Destruction," by Kauffman senior fellow Tim Kane found that since the 1980s, new startups “create an average of 3 million new jobs annually. All other ages of firms, including companies in their first full years of existence up to firms established two centuries ago, are net job destroyers, losing 1 million jobs net combined per year.” Kane came to the astonishing conclusion, “Startups aren’t everything when it comes to job growth. They are the only thing.”