She told her kids that Santa is poor this year 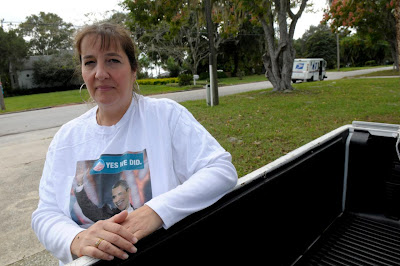 Walmart moms souring on O but they still want to be hOpeful (of course, this was a Dem pOllster. And it's the WaPO):


In 2008, Walmart moms supported Obama, but in 2010 they voted Republican, though not enthusiastically, according to Public Opinion Strategies and Momentum Analysis, a firm that works with Democratic candidates and groups.

A poll the firms released Wednesday shows 43 percent of Walmart moms approve of Obama’s job performance while 54 percent disapprove. That compares to 46 percent of all voters that approve of Obama and 49 percent who disapprove. Yet 57 percent of the moms said they are still hopeful about the president compared to 42 percent who have given up on him. And three times as many of the moms, 22 percent, blame President George W. Bush for the nation’s economic problems rather than Obama, who 7 percent of the moms say is to blame.

Give 'em time, they'll come to the same conclusion the rest of us have.

Middle class families, kitchen table issues? Don't look to Barack Obama for an understanding of that. (Nor his spouse.) His best friends are guys like this. Or this.

Related posts: Women comfortable in their own skin, Girls Just Wanna Have Guns, They're not swooning for O any more, Women take the long view, drop O in droves, Obama base threatened: affluent suburban voters may vote R on economy, More confirmation Obama losing women
Posted by Anne at 11/02/2011 08:50:00 PM