All Dems Have is Hate. And Bill Ayers Sputters 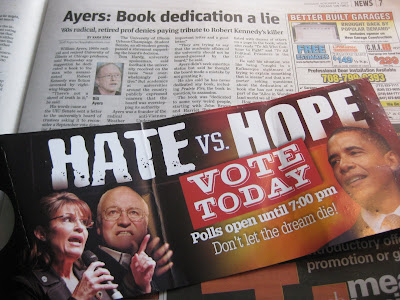 I guess the Obama Dem fear-mongering didn't work so well in the Obama Senate seat race, hmm? Because this is the literature from Obama's neighborhood in Hyde Park.

Amazingly, it didn't seem to register with a lot of voters, and certainly not with those who sent at least 60 Republicans to the House, that more jobs were lost during George W. Bush's eight years in the White House

.... your facts are wrong: Sneaky Goolsbee the Crowing Rooster vs. Hennessey: The other side of the White House white board

Some Chicagoans figured it out before the election.

But after the results the President still doesn't get it either.

Meanwhile Presidential author Bill Ayers, fighting for his U of I emeritus status, somehow claims his Weatherman Prairie Fire book didn't include the Sirhan Sirhan dedication, you know, the guy who assassinated RFK:

William Ayers, 1960s radical and retired University of Illinois at Chicago professor, said Wednesday any suggestion he dedicated a book to the man who assassinated Robert Kennedy was fiction invented by right-wing bloggers.

The book was "dedicated to some very weird people, starting with John Brown and Harriet Tubman," he said. Sirhan Sirhan's name is listed with dozens of others on a page in the book, which also reads "To All Who Continue to Fight" and "To All Political Prisoners in the U.S."

He's splitting hairs. This from a guy whose own biography Fugitive Days he himself describes as as possibly part fiction. Because Bill Ayers always wants plausible deniability. Or implausible. Well, here are the photos of the book. You decide what the gist of it is. 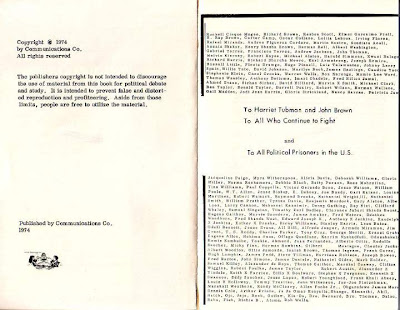 So stuff it. All you have is hate.

So let me ask again, Dems and Mr. President: Why is your hope based on hate?

And at what price does the PC media shelter this. 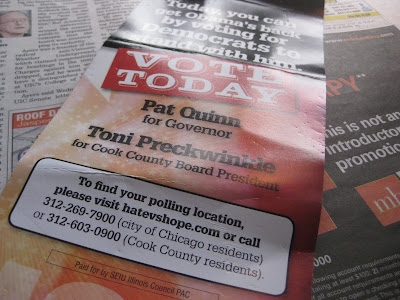