Obama for America? Obama for Obama 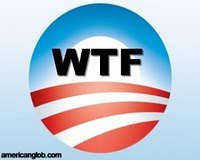 His campaign HQ is opening up in Chicago. His visits to the city have been infrequent, perhaps because he needs to avoid all the people he's thrown under the bus along the Chicago way to the White House. Bill Ayers, the Rev. Wright, etc. Father Pfleger, his other spiritual adviser and fellow attention hog is threatening to leave the Catholic church. Looking forward to some really classy campaign literature this time round.
The last time Barack was here he made a speech, then dined with friends at the Topolobambo. (No, that wasn't his drill Brazil! trip) This time he's fundraising and going on Oprah again.

"People out here aren't viewing these issues in terms of who benefits, Republicans or Democrats," said Axelrod, a onetime Tribune political reporter who left to become a political strategist for then-U.S. Senatecandidate Paul Simon in 1984. "They're not looking at who's going to score points and who's going to lose points. They just want us to get our job done. They want us to do the work."

Axelrod said that while he is undergoing some separation anxiety with the decision-making at the White House, he also fees "very grounded" being back in Chicago for the re-election campaign.

"Every day is Election Day in Washington. Every day. And every single day something crops up and there it is: This is going to define the administration," he said. Now, in Chicago, it may be easier to "try to discern what was real from what was Washington.

I'd be so happy if Pfleger left the church. Better if he were defrocked but I won't hold my breath.