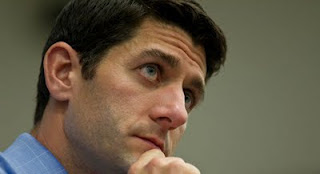 Schakowsky vs. Paul Ryan on CNBC

What Kills A Skunk, Part Two: ... And I encourage Paul Ryan to run for president.

Roadmap to My Heart. Ryan Has Fans:) Obama Losing (It) Some


What's with The Joker picture of Ryan?

Are You Really “On Your Own” in a Free Market? Brit NHS Turfs Out New Moms:


Capitalism is about service to others, or you don't succeed:) And compassion works best closer to home, not crowded out by big gov. Republican House Budget Chairman Paul Ryan of Wisconsin, talks about his reform budget, guided by his Catholic faith.


If Romney and the Republicans can erase their radical record...

Ryan,who comes from a hard-working many Dem district on the Wisconsin Illinois border, whose plan merely slows spending but pulls us back from the fiscal cliff?

Is it radical to demand the Dem Senate pass a budget? Is it radical to blast this president with HALF of new college grads jobless or underemployed? Huge numbers moving back in with their parents? Facing massive student debt. Expected by feckless Dem leftists running this country to shoulder enormous fatboy gov debt?

Three generations sitting around the kitchen table wondering how to make ends meet?

On to the announcement in an hour on the USS Wisconsin:)

Tim Stanley ‏@timothy_stanley
Paul Ryan poses with his bow and arrow in his congressional office. In the UK, this pic would kill a political career pic.twitter.com/PyImJqrD Previous post: Mr. Romney should go with it, lay out how he'll save taxpayers from the predators of the liberal left and call that Romney Hood.
Posted by Anne at 8/11/2012 07:07:00 AM